All About Ginza Kyubey

This is all of the information you'd ever need to know about "Ginza Kyubey," an iconic sushi restaurant that has played an enormous role in shaping Tokyo's sushi scene!
Whether you plan on visiting "Kyubey" or not, this article is an indispensable read for anyone interested in Edo-mae sushi.

What Is Ginza Kyubey?

Ginza Kyubey is a famous sushi restaurant that first opened in 1935. It is located in Ginza, home to a great number of upscale sushi restaurants, and as it has kept the exact same name since its inception, everyone knows of its high reputation from its name alone.
Known for various innovations in sushi, such as being the first to use uni and ikura in sushi and creating the now ubiquitous "gunkan-maki," Kyubey is incredibly influential in the world of Edo-mae sushi.
It's well-known that American president Barack Obama met with the Japanese Prime Minister at another famous Ginza sushi restaurant, "Sukiyabashi Jiro" when he was visiting Japan. However, a little-known tidbit is that President Obama also ordered sushi from "Ginza Kyubey" to his room twice, before and after the talks with the Prime Minister.

Yosuke Imada, born in 1945, is Ginza Kyubey's second owner.
He grew up in Ginza, Tokyo, and after studying sushi in Kobe, he began to work at Ginza Kyubey in 1965.
When the original owner, Hisaji Imada, passed away in 1985, Yosuke took his place as the second owner.
He began to expand the business, and thanks to his ability to market, Ginza Kyubey became a familiar name to just about everyone.
More and more branches of Kyubey were established, from the "annex" across the street from the main restaurant, to branches inside of hotels such as "Hotel Okura," "Keio Plaza Hotel," "Hotel New Otani," and "Imperial Hotel Osaka."
As a response to the increasing number of foreign customers visiting Kyubey in recent years, Chef Imada has even studied English himself so as to keep the restaurant's hospitality top-notch for the current times.
In 2012, Chef Imada was designated as a "contemporary master craftsman" by the Ministry of Health, Labor, and Welfare.

There are three major sushi groups within the scope of Japan's sushi world.
The first is "Sushi Sho," founded by Keiji Nakazawa.
The second is "Sushi Kanesaka," led by Shinji Kanesaka, the "new leader" of the sushi world.
And the third is "Ginza Kyubey," a well-known long-standing sushi restaurant whose name is recognized worldwide.
All three are incredibly prestigious groups, and they each continue to put out exceptionally talented sushi chefs.
However, "Sushi Kanesaka" was derived from "Ginza Kyubey," so many feel that "Ginza Kyubey" is truly the premier sushi group in Japan.

Chef Yosuke Imada, the current second-generation owner, sets out clear, easy-to-understand guidelines for everything from cooking methods to customer service.
Without exception, every chef who is taken as an apprentice at Kyubey is thoroughly educated on these "5 Rules for Chefs":
1. Be able to make a well-put-together dish that would appeal to any customer
2. Be an effective cashier who can perform accurate calculations
3. Be a sommelier who can introduce all of the 40+ varieties of sake stocked to customers
4. Be an entertainer for customers while showing off knife skills and sushi shaping
5. Be able to act as someone who represents the restaurant as a whole to the customer you are serving

On busy days, "Ginza Kyubey" is visited by over 200 customers for lunch alone.
Consequently, there are many strict preparations that must be done starting very early in the morning.
"Sushi chefs who worked at Kyubey are across the board extremely quick at preparations. When you prepare for hundreds and hundreds of customers every single day for years on end, your hands develop a memory of the steps on their own."
Statements like these are common from young sushi chefs who experienced working at popular Ginza restaurant Kyubey.

★Sushi Kanesaka
Sushi Kanesaka is an iconic famous sushi restaurant.
The owner, Chef Shinji Kanesaka, has been lauded as the new leader of Japan's sushi industry. Since his time working at "Kyubey," he has been popular with customers and has been very well-known.
After graduating from "Kyubey," Kanesaka went on to form the "Kanesaka" group, which is on-par with the omnipresent "Sushi Sho" group in Tokyo and which operates based on the administrative style and sushi-making skills that Kanesaka learned from his time at "Kyubey."
This has led to Sushi Kanesaka being the origin point of many famous sushi restaurants in Japan, including "Sushi Saito," Sushi Iwa," "Ichiyanagi," and "Sushi-ya."
Chef Takashi Saito of "Sushi Saito," Japan's top sushi chef, is like a younger brother to Chef Kanesaka. Chef Saito has said of Chef Kanesaka's clean work making nigiri, "Just watching him work is fascinating."
The sharply-cut toppings help to create incredibly impressive and cool nigiri, some of the best in Japan.

★Sushi Saito
Sushi Saito is, needless to say, the world's most popular sushi restaurant, boasting an impressive three Michelin stars.
The owner, Chef Takashi Saito has been lauded as Japan's most talented sushi chef, and his talents were shaped during his time at "Kyubey" by mentor and brother-figure Shinji Kanesaka, and Chef Saito joined Chef Kanesaka at the launch of "Sushi Kanesaka."
In 2007, with Chef Kanesaka's blessing, Chef Saito moved on to start his own restaurant.
Chef Saito's stoic style of sushi is faithful to traditional Edo-mae sushi, and when paired with his unique personality, in no time at all his sushi became known as "the best Edo-mae sushi in the world."
The beautiful sushi at Sushi Saito is an evolution of the style at Kanesaka, and you can expect to be completely satisfied whenever you visit.
Chef Saito's dream for after he retires is to open a sushi academy to pass on not only his skills, but his ambitions and attitude.

★Sushi-ya Ichiyanagi
Opened in 2013, Sushi-ya Ichiyanagi is a popular sushi restaurant in Ginza that has passionate support from sushi fans.
The owner, Chef Kazuya Ichiyanagi, is an elite sushi chef who opened his own restaurant after working at both "Kyubey" and "Sushi Kanesaka," and he serves classic no-frills Edo-mae sushi.
"Ichiyanagi" occasionally receives negative reviews along the lines of "it didn't leave any impressions on me," but a restaurant like this where you can get a reservation as little as a week in advance and enjoy consistent, quality sushi in Ginza is quite a valuable thing.
The somewhat small nigiri here have a rather unique appearance. Ichiyanagi also has an excellent reputation as somewhere that women who aren't used to eating sushi and foreign customers can visit without worries.

★Sushi Dokoro Suzu
Opened in 2005, Sushi Dokoro Suzu is a popular sushi restaurant located near the National Diet Building.
The owner, Chef Youichiro Fujii, trained at a Japanese restaurant until his mid-20s, when he began to work at "Kyubey" and polished his sushi-making and customer service skills.
The sushi at Suzu, made with high-quality fish selected by the chef at Tsukiji Market and paired with elegant sushi rice seasoned moderately with vinegar and salt, has a subtle and refined flavor.
The lunch omakase course at Suzu is highly-rated by sushi fans for its high-quality sushi at a reasonable price.

★Sushi Arai
Sushi Arai is an iconic popular sushi restaurant located in Ginza.
The owner, Chef Yuichi Arai, studied at both "Kyubey" and "Sushi Sho," before starting his own restaurant in 2016.
The sushi served at Arai is unique, the result of years of trial and error on the part of Chef Arai, and it no longer seems influenced by "Kyubey."
Every morning, Chef Arai visits Tsukiji Market, where he purchases the absolute best bluefin tuna in Japan from the number one tuna wholesaler, "Yamayuki." This bluefin tuna is then turned into a blissfully delicious piece of maguro nigiri when carefully pressed onto the sushi rice, cooked al dente and seasoned with red vinegar.
Within less than 3 years of its opening, Sushi Arai quickly became one of Tokyo's most popular sushi restaurants, and reservations need to be made up to half a year in advance.

★Sushi Ryusuke
Sushi Ryusuke is an up-and-coming restaurant in Ginza with a bright future ahead of it.
Chef Ryusuke Yamane started out at "Kyubey" before moving on to continue training at popular sushi restaurant "Sushi-Ichi."
Later, after working at several other restaurants, he developed his current style, in which the sushi rice used varies between being seasoned with red vinegar or white vinegar depending on the toppings used.
Chef Yamane is not afraid to try new things, such as pairing hirame (flounder) with truffle, or frying matsutake mushrooms, but his sushi itself is authentic and clearly influenced by the fundamentals pushed at "Kyubey."
Sushi fans from across Japan and across the world visit Sushi Ryusuke for their great value lunch omakase course starting at just 11,500 yen.

★Sushi Hisaichi
Sushi Hisaichi is a new sushi restaurant that has received incredibly high praises, even being called "the best in Asakusa."
The owner, Chef Ichirou Iguchi, worked at "Kyubey" for a long 17 years before striking out on his own to create his own unique independent restaurant.
He decided on the name "Hisaichi" for his restaurant by combining the first character in "Kyubey," which can also be read as "hisa," with the "ichi" part of his own name, Ichirou.
The sushi at Hisaichi uses delicately seasoned sushi rice that can pair with any fish as its base, resulting in an authentic and classic Edo-mae flavor that may be even more "Kyubey"-like than Kyubey itself.
The indulgent, no-holds-barred lunch omakase course prepared by Chef Iguchi (15 pieces of nigiri and 3 maki for 8,800 yen) is known for being one of Tokyo's most cost-efficient lunches for the quality that you get.

★Yohei Sushi
This long-standing sushi restaurant has a large vocal group of die-hard fans.
The owner, Chef Nobuo Suzuki, worked at "Kyubey" during his younger years, but the sushi he makes is unique to him rather than influenced by Kyubey's style.
The omakase course at "Yohei" is unique in that certain popular toppings like uni and ikura are not used.
From starter pieces like hirame and shima-aji to later pieces like iwashi, kohada, kasugo, maguro, and anago, each piece is crafted using traditional Edo-mae techniques like vinegar pickling, dashi marinating, or simmering.
If you're looking to visit Tokyo's most popular sushi restaurants, you absolutely should add "Yohei Sushi" to your list!
If you stop by, there's no doubt that you'll leave with a much deeper understanding of Edo-mae sushi. 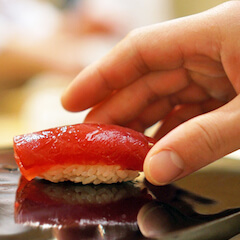 Hello Saito san, can you recommend a good and promising chef at 久兵衛, thanks!

Unfortunately, it seems that promising young chefs tend not to choose "Kyubey" as a place of training recently.
(For Kyubey, I have heard that a chef called Shigihara-san at the Okura branch is the most skilled by far, although he is not young.)

I also have a deep emotional attachment to the high-end sushi restaurants I visited for the first time, and have tried writing an article about it, entitled "Ginza Kyubey." Please, give it a read.

Correct me if I'm wrong, but isn't the tuna wholesaler Yamayuki and not Yamakou? 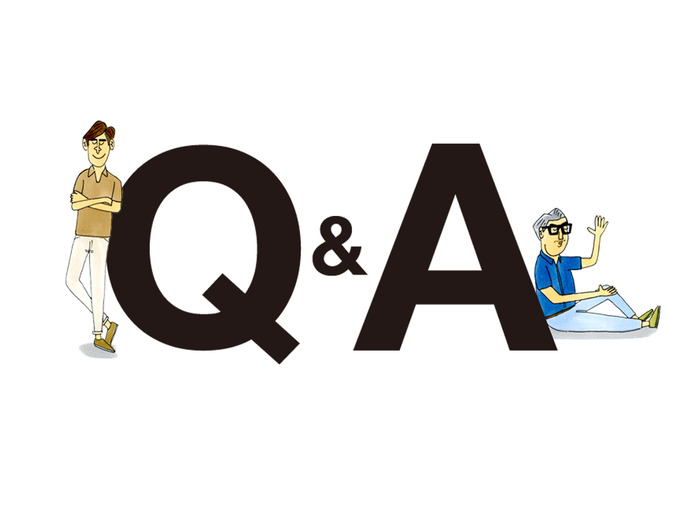 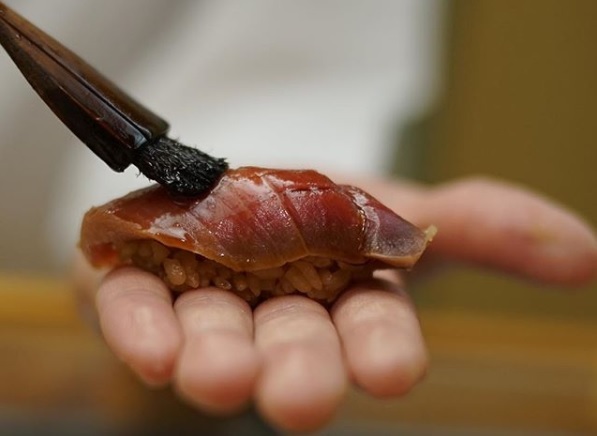 The 15 Best Sushi Restaurants for Lunch in Tokyo 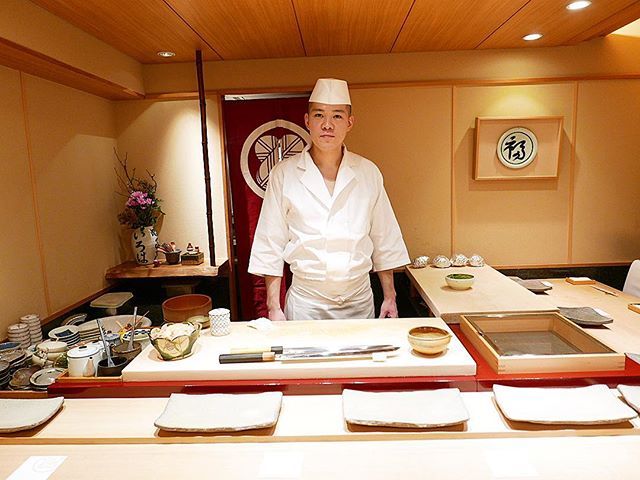 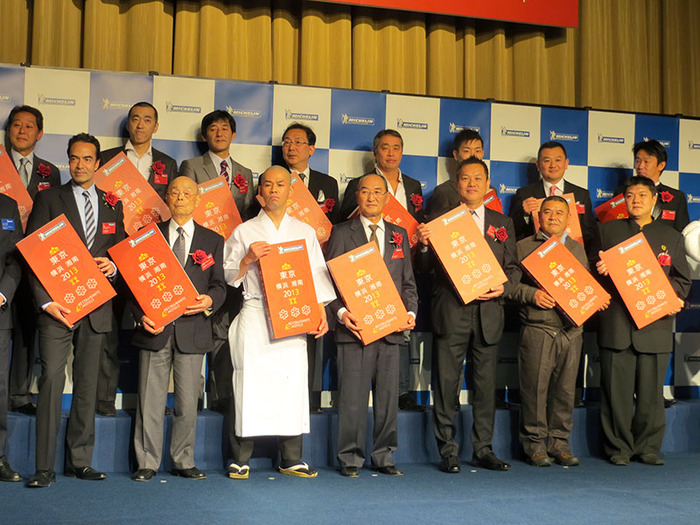 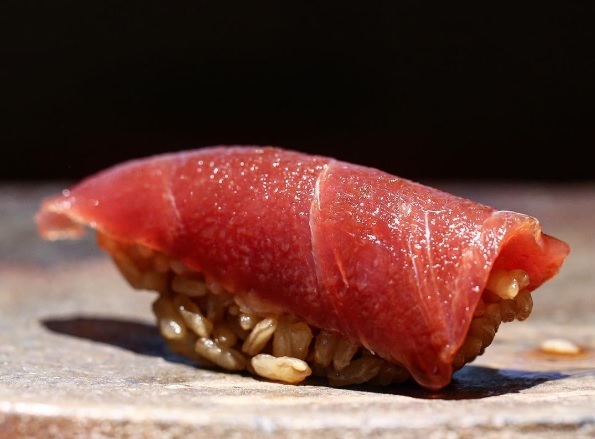 The Top 10 Sushi Restaurants in Fukuoka

Home
All About Ginza Kyubey